Everything changed when Plebeian was revealed. Enjoy this preview of the romantic suspense novel PLEBEIAN REVEALED, book one of the Plebeian series. 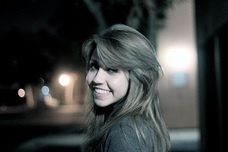 Sarah Wilson Thacker, my niece and a film director in California, directed and edited all of these trailers. For the The Doctor, the Chef and the Fireman, the set was simple: her dining room table provided the perfect backdrop, the props were purchased and organized, and her crew and actors were assembled for an afternoon of shooting. For I CAN HANDLE HIM, stock footage from San Antonio (and other scenes) was purchased and edited with a few live shots that she and her team shot to create the perfect trailer.

For the Plebeian trailer, there were two large phases to the production. First was the set build and cinematography. Sarah assembled a team to shoot the custom items (and if you just watched the trailer, you know which part that was!) The second phase was a collaboration of us both writing the copy, choosing the voice talent, selecting the music and finding and securing the filler photos and video clips. Sarah edited it all while passing the time on a flight from Florida to California. Yeah, she's that good.